The voice as an emerging medium for interaction

This work was financially supported by: Operation NORTE-08-5369-FSE-000049 co funded by the European Social Fund (FSE) through NORTE 2020 - Programa Operacional Regional do NORTE.

How does the use of the voice

to speak to "a system"

The use of the voice

as a means of interaction

is hardly an "emerging" phenomenon:

Image capture from page 39: Weizenbaum, J. (1966). ELIZA---a computer program for the study of natural language communication between man and machine. Communications of the ACM, 9(1), 36-45. 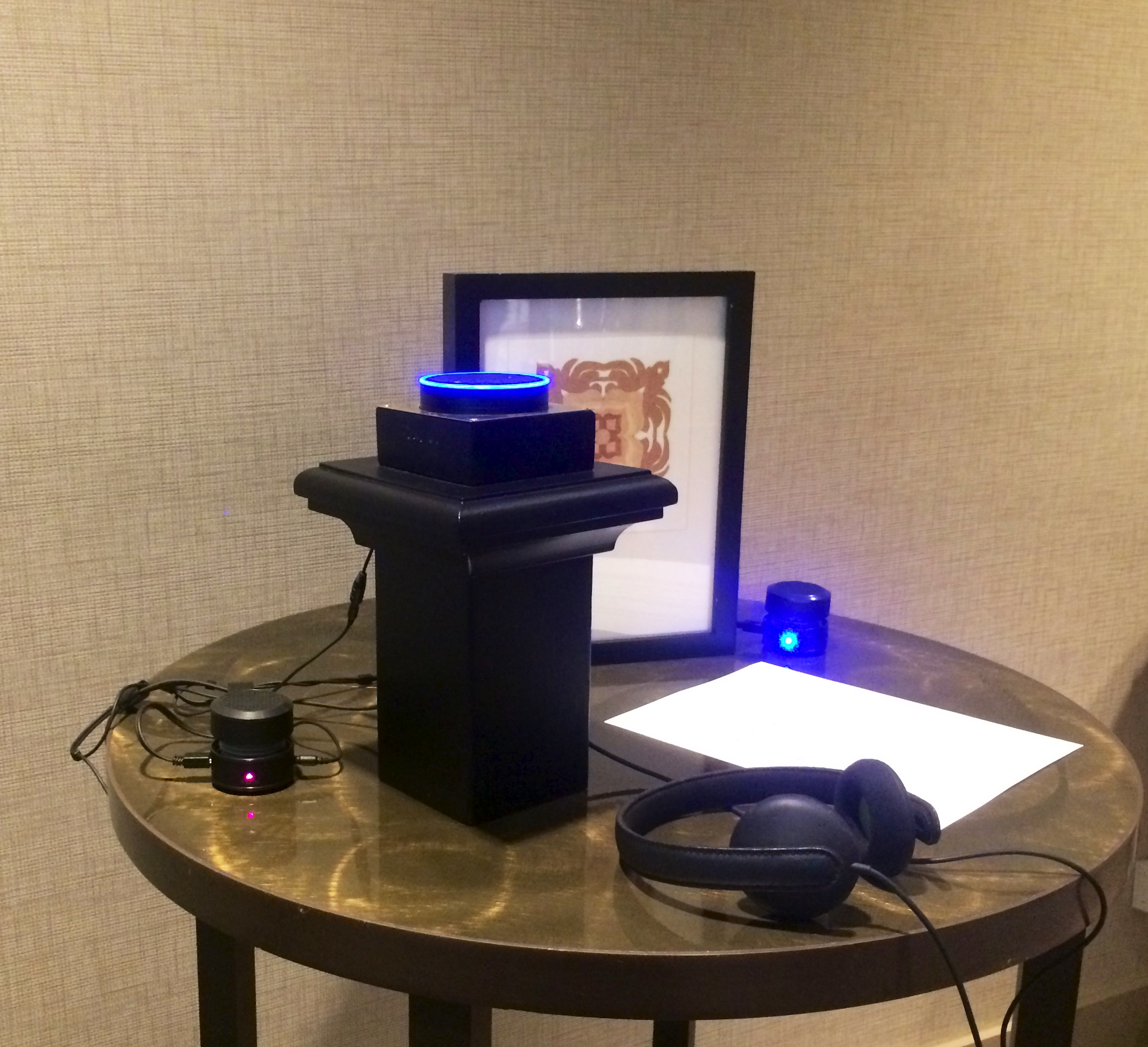 In The Listeners, the user initiates the "reading" by using their voice,

This work uses the voice to "press a button", eg. "Alexa, go on"

Image credit: Screen capture from a video with Frankie

The video archive is excellent

because it allows us to make observations

about how humans interact with Frankie

Frankie listens, but hardly understands. And it doesn't matter.

Frankie is immersive: some of the participants lose themselves in their reflections

Frankie, as an artwork and as an experience

is more about the monologues it inspires.

Or video performances, even.

Some research in progress

"Citizenship in Western democracies is the modern equivalent of feudal class privilege - an inherited status that greatly enhances one's life chances. To be born a citizen of a rich state in Europe or North America is like being born into the nobility... " (Carens 2015, 226)"

"What is happening to the others is too bad, but it's not our fault.

We cannot take them all.

We have our own problems.

A large infux of them could be a cultural and political threat."

"Besides, while they may be subject to discrimination and violence, things are not as bad as they say.

They exaggerate the problem.

Many of them just want better economic opportunities.

Times are tough here. We have an obligation to look out for our own needy first."

This work ends up being largely about accents.

It is about exposing the audience to various accents of english,

and through these accents,

exposing the audience to various nations and nationalities,

in order to underscore our differences

in so far as we are members of

cultural and linguistic groups much larger than our individual selves.

The purpose is to speak these anti-immigrant sentiments

No matter what the country or language,

those against migration regurgitate the same, age old justifications for their ideology.

Some hypotheses and ongoing research questions:

1. If speech is interface,

you can literally "put words in peoples mouths"

"Nothing will happen unless you say this"

2. If speech is interface,

you can easily be misunderstood.

We can invoke the frustration of being misunderstood

for purposes of rhetoric.

you can enjoy seeing your speech visualised

as text by the recogniser)))

hearing your own voice

becomes a part of the experience)))